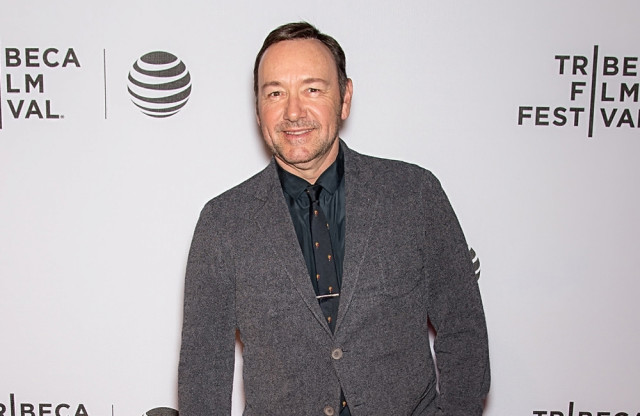 Kevin Spacey is set to stand trial for sexual assault in October.

The 62-year-old star has been accused of sexual assault by actor Anthony Rapp, and after Spacey failed to convince a judge to dismiss the lawsuit brought against him, he’ll now take to the stand on 4 October.

Rapp has alleged that the ‘House of Cards’ actor assaulted him when he was just 14 years old, after inviting him to his apartment for a party.

In the lawsuit, he claimed Spacey grabbed his backside without permission and then lifted him onto a bed, before climbing on top of him and said he still suffers from extreme emotional distress as a result, according to RadarOnline.com.

Spacey initially responded to the allegations through a public statement in October 2017, when he apologised but insisted he didn’t have any recollection of the alleged incident.

He said at the time: “I honestly do not remember the encounter, it would have been over 30 years ago.

“But if I did behave then as he describes, I owe him the sincerest apology for what would have been deeply inappropriate drunken behaviour, and I am sorry for the feelings he describes having carried with him all these years.”

Spacey also spoke about his own sexual orientation in the statement, having previously been very private about his personal life.

He said: “As those closest to me know, I have had relationships with both men and women. I have loved and had romantic encounters with men throughout my life, and I choose now to live as a gay man.”

However, in his recent efforts to have the lawsuit thrown out by a court in New York, Spacey has “categorically” denied the allegations made by Rapp.

He said: “I met [Rapp] several decades ago. I never had a sexual encounter with Mr. Rapp. Nor did I harbour any sexual interest or desire in Mr Rapp at that time or any time.”

Despite this, a federal judge has set a trial date and Spacey and Rapp are both expected to stand and testify at the hearing.

LIVE Entertainment News of August 8, 2022: Today’s latest stories from the entertainment section are here. From, Bollywood, Television to the South, we cover all sorts of news...

Malayalees can never get enough of Dasan and Vijayan, the hit combo played by Mohanlal and Sreenivasan in Sathyan Anthikad's directorial 'Nadodikkattu'. The friendship and mutual respect between...

The dinosaurs are back in Jurassic World finale