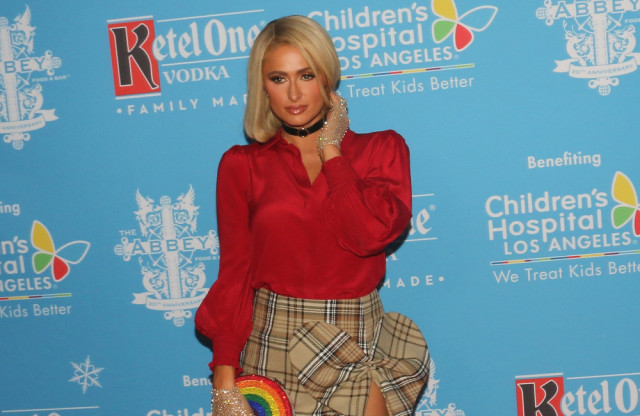 The 40-year-old star married Carter Reum in November and she is now focused on the future and “cannot wait” to have children, expressing her preference is to have “two or three” kids.

She said: “I cannot wait. That is definitely one of my top priorities.

“And I would want twins first. Or, I don’t know, it’s hard to say. I always wished I had an older brother because I feel like if I did, they would protect me and things like that in school. So maybe a boy first.”

The ‘Paris in Love’ star “couldn’t be happier” with Carter, though she admitted she is still getting used to calling him her husband.

She told E!’s ‘Daily Pop’: “He is just everything to me. Just saying that term [husband] was very weird for me at first, but we’ve been together 24/7 so I felt like a married couple this entire time any way.”

Paris revealed a year ago she had started IVF treatment because it was the “only way” to guarantee she could have “twins that are a boy and a girl”, and thanked her friend Kim Kardashian West – whose two youngest children with Kanye West were born via surrogate – for introducing her to the possibility of fertility treatment.

She said: “We have been doing the IVF, so I can pick twins if I like.

“Kim was the one who told me about that. I didn’t even know anything about it. I’m happy that she told me that advice and introduced me to her doctor.”

The heiress explained at the time she had already gone through an egg retrieval procedure.

She added: “It was tough, but I knew it would be worth it. I did it a couple of times.”

Recent News Stories Shows How The Pocket Light Meters Market Products Are Surviving In The Global Industry To 2030? – Political Beef

Navient is forgiving student debt of 66,000 borrowers. Are you one of them?