To the Moon, and Beyond: The Realities of Commercial Space Travel

In 2020, the billionaire space race was in full swing. Richard Branson, Jeff Bezos, and Elon Musk were vying to send everyday astronauts into low orbit for the first time. Each of the billionaires successfully launched at least once, and Bezos and Branson were even passengers aboard their own businesses’ rocket ships. Comercial space travel was reaching new heights, and the momentum appeared unstoppable, at least for a time.

Since then, the aftereffects of the global coronavirus pandemic have had noticeably dampened our outlook on space travel: many are less interested in hearing about Blue Origin’s latest design features, and instead are more concerned with domestic events unfolding here on earth. Among these, the war in Ukraine and, as a byproduct, the recent news that Russia has pulled out of the international space station, would seem to further distance us from the final frontier.

However, in recent days, NASA’s ambitions to land on the moon once again with its Artemis mission have recaptured the public imagination for space travel. Although NASA’s initial SLS rocket test recently failed to launch, a second attempt has now been announced for September 27.

If commercial space travel into Earth’s orbit–or even to the moon and beyond–does eventually become a possibility there will still be significant challenges for individuals looking to buy their ticket to the final frontier. Here are just a few of the kinds of issues we will be looking at in the decades ahead.

It’s easy to get swept up in the fervor for space travel and believe that we’ll all be living the Jetson lifestyle by the end of the decade. But space travel still requires massive amounts of money, planning, and resources. Even the ever-optimistic Elon Musk puts the minimum cost of space travel at $10 million per flight.

In an interview, Musk stated that the “cost efficiency of SpaceX is the best in history,” and it is “designed to be fully reusable.” This means that, according to Musk’s quick math, the cost of SpaceX is around 5-10% of the Saturn V project (the last rocket to send humans to the moon).

Musk also revealed that significant planning and administrative approval are needed to send rocket ships into and beyond low orbit. The Federal Aviation Administration will need to review SpaceX’s request for space travel and will account for environmental factors and human interests.

The organization has already caught some flack for causing damage to local ecosystems and displacing residents when SpaceX obtained Boca Chica beach in Texas. As resident Mary McConnaughey explained, “They’re here to stay and they want us to leave.” Dealing with disgruntled locals may seem like a trivial matter compared to the boundless cosmos above our heads. But, failing to work collaboratively with the folks here on earth is a genuine hurdle with which all space travelers must contend.

A few years ago, space travel seemed to be a beacon of hope for everyone who wanted to see nations work more on collaborative efforts than divisive ones. However, recent news that Russia has pulled out of the space station projecthas dampened optimism and thrown a wrench in collaborative plans.

Of course, global collaboration for space travel isn’t completely necessary. Independent governmental organizations and billionaires may thrust us into the future. However, a lack of international collaboration will likely slow the space race down rather than speed it up — as scientists will have to guard space-related secrets rather than work in open transparency.

The International Space Station does look set to wind down post-2024. In the meantime, it continues to prove that collaboration is necessary for the kinds of tests and experiments needed to solve the realities of space travel. Even Russia, which positions itself as a global powerhouse, doesn’t have the means to create a space station of its own. 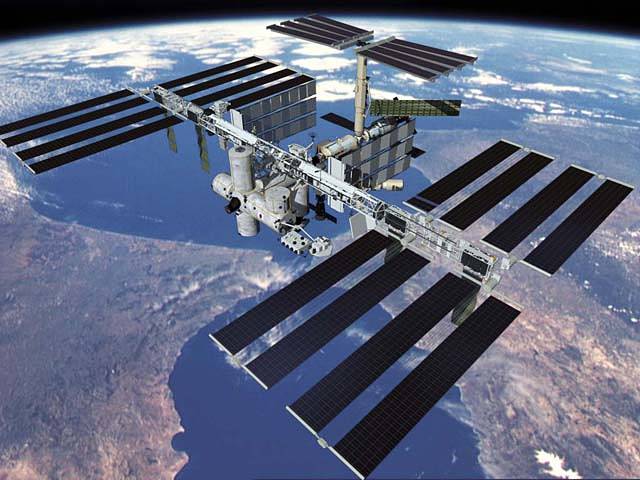 Former ISS commander, Dr. Leroy Chaio, explains, “They [Russia] don’t have the money to build their own station” and will be left with no access to a space station without the ISS. This will further compound collaborative space travel issues, as the European Space Agency has already ended collaboration with the Russian Roskosmos project.

Things could, theoretically, get worse if collaboration turned into a competition. Space travel could be susceptible to cyber war as Nation State Actors exploit vulnerabilities. Governmental agencies and corporations will have to use AI to detect hackers and malicious activities in real-time. AI-led behavior detection may have to prevent bad actors from gaining access to rocketships and ensure that passengers have a safe living and working environment in space.

When we think of space travel, most people imagine floating through hallways, eating dehydrated dinners, and staring into the void for hours on end. All of these activities underline a less-thought-of reality: life in space would be lonely.

Almost all astronauts describe their first journey into space as a life-altering experience. However, that doesn’t mean that the folks who live and work beyond the earth’s surface won’t fall foul of burnout. The myth that, in 1972, astronauts at SkyLab went on strike due to ignored requests to lighten their workload has now been proven false. But, the story is an important reminder that burnout is real and can affect us all.

Offering professional social support can prevent loneliness and burnout in space. Social care specialists will be able to help passengers and staff avoid excessive stress and illness by listening to the human issues that folks in space experience. A little pre-planned compassion may go a long way for folks who encounter the enigmatic cosmos for the first time.

Of course, while mental stressors like isolation and confinement might necessitate solutions such as prescribed social time, there are also physical effects that come with living in space — and some of them are downright harmful. Space radiation means suits and structures need sufficient shielding to mitigate cancer risks, while prolonged exposure to low-gravity and weightlessness can lead to muscle and bone density deterioration as well as kidney stones. Fortunately, modern technology helps astronauts monitor and solve these issues with relative ease.

Significant hurdles still stand in the way of frequent, accessible space travel. As recent world events have shown, costs associated with spaceflight can quickly become an issue, and international politics may stifle progress. If the general public ever reaches space, they’ll need professional social support, and sophisticated software to ensure their travels into the final frontier are managed as safely as possible.

All this taken into consideration, space travel “for the rest of us” is nonetheless slowly becoming a reality — even if that reality is reserved, for now, for billionaire producers of 21st century space technologies, and the similarly wealthy passengers willing to pay the steep prices to tag along. In any case, SpaceX, Blue Origin, and Virgin Galactic have given us hope that many more of us could one day be given an opportunity to take a flight into low orbit, or perhaps even to further distant locales beyond our planet.

Adrian Johansen is a freelance writer whose work focuses on business, tech and marketing. She is especially passionate about issues related to accessibility and sustainability. You can read more of her work at her website.

‘I would love to know what kind of music Rafael Nadal…’, says legend